How you can help our local food systems weather this storm 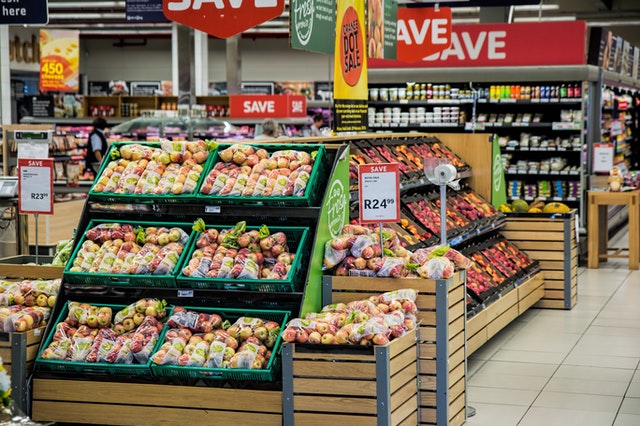 This extended cold, snow and ice created a chain of events starting with our local producers and running through our delivery systems, end-users, servers and customers. Buy Fresh Buy Local Hampton Roads partners provided this insight into their experiences during the past week and what they expect in the near future. We can all play a part in supporting our local food system through the coming weeks.

1. In the next few weeks visit restaurants, stores and markets that use and sell local products as much as you can.
​2. Be aware that menus may have limited local offerings. Choose the local sweet potato soup over the nonlocal kale soup if you like them both.
3. Remember your favourite servers while eating out. They’ve most likely lost income. Tip them for a job well done.
4. Be patient. Farmers’ markets will have more local food available eventually, as will restaurants and food stores. If the menu or shelves don’t have your favourite winter items, try something different.
5. Don’t judge. The produce you see in the coming weeks may not appear camera-ready but still tastes great.
6. Ask your producers and purveyors for recipes. If you’re trying something new, they often have the best recipes. Seek them out on their social media sites or in person.
7. Don’t get out of the habit of shopping for local food. Adapt and continue to support in new ways.
8. Practice what you preach. If you normally support local food systems, make an increased effort now, when it will really make a huge difference to many local businesses and the people who work for them.

SOME THINGS TO CONSIDER
Last week’s storm impacted our local food systems both immediately and in the near future. Farmers report not having this kind of extended cold weather and damage since the mid-80s.
Plant Farms: The wind and severe, extended cold dehydrated and froze most of the crops. The 50-degree rain expected may provide an opportunity for some plants to rebound, but the cold even harmed crops growing under protected cover. Watering lines and pipes froze causing additional monetary damage. Hourly workers on plant farms lost wages for several days.

Animal Farms: All animals needed constant 24-hour attention to keep their water and food from freezing. Many smaller animals, birds particularly, had trouble keeping warm. Farmers have reported losses within their flocks, even those in heated shelters. Unable to deliver products to stores and restaurants due to ice and snow, as well as stores and restaurants closing, caused losses in revenue and in hourly wages.

Fisheries: The local shellfish industry will experience an extended shut-down period. They expect to loss of production both because severe conditions initially kept boats off the water, but then the extended cold causes bivalves to become weak and inactive. Disrupting them in this state stresses them and can increase mortality. Loss of production in this industry will last 10 days to two weeks and possibly longer depending on the upcoming weather. Additionally, certain shellfish areas must shut down for periods of time following a large precipitation event for food safety reasons. Runoff from heavy rains or snowfalls creates mandated periods of inactivity. This results in lost wages to hourly workers and lost revenue.

Restaurants: Snow and ice kept restaurants from opening, some for as long as five days, resulting in lost revenue. Customers and deliveries couldn’t make it to their locations. Perishable products went bad and added to the losses incurred. Hourly staff and servers, including those who rely on tips, lost their income for many days. Moving forward, the lack of local produce in the immediate future will make sourcing difficult. Tight cash flow, both from lost revenue and because the beginning of the year is a traditionally difficult time for restaurants, may necessitate ordering less product for a few weeks.

Stores: Stores carrying local products will have difficulty sourcing certain items until production recovers. They also closed due to ice and snow. Customers and staff couldn’t make it to their destinations resulting in lost revenue, hourly wages and perishable products.

Farm Markets and Farm Stands: Much like food stores that carry the local products, these locations closed due to severe cold, ice, snow and delivery issues. Even though a farm market only operates for a short amount of time on one day, the producers that sell at those markets lose a significant source of income and their staff loses wages. Farm stands, typically located in rural areas, became inaccessible to customers and cities will plough, sand and salt those areas last, resulting in extended shutdowns.